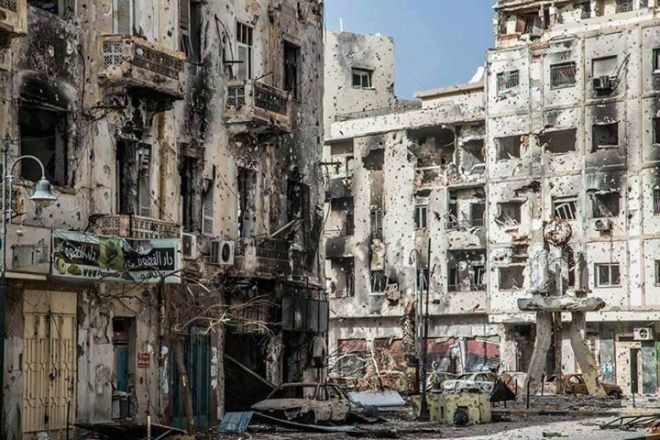 The following article analyzes the economic backgrounds of capitalism’s drive to war which, over decades, has turned ever more countries in the geostrategically important region of the Near- and Middle East, and beyond, into an open battlefield between, ultimately, the world’s biggest imperialist powers and their respective alliances, be it directly or by proxies.

It treats the economic difficulties experienced by the USA to counter the historic erosion of the US dollar as the dominant currency of world trade, especially in the vital energy sector – and notably in the oil and gas markets – as a pivot of their policies of ‘financing’ astronomical levels of both national debts and military expenses. In so doing the article sheds light on the difficulties of the USA’s offensive to export oil and gas, specifically their shale gas to the EU countries (the North-Stream 2 project with Russia), and on their quarrel with Russia and the OPEC countries about the price of crude oil.

Last but not least, it provides a background to the exacerbation of the US-Iranian antagonism in the region, exemplified by the gangster-style assassination of the Iranian top general Soleimani and his company at Baghdad international airport on January 3, behind which it identifies China as the veritable target.

In short, the article develops arguments for the thesis that “a truly global confrontation is underway. It’s a monetary, economic, geopolitical and military clash. No one can lose it but paradoxically, ‘rebus sic stantibus’, neither can win it without risking, in turn, a collapse that would almost be as severe as a defeat.”

END_OF_DOCUMENT_TOKEN_TO_BE_REPLACED

The American assassination of Soleimani, the top general of the feared Iranian Republican Guard, has brought the world closer to major wars. The riots and protests in Lebanon, Iraq and in the second half of November in Iran have been replaced by war campaigns. The earlier protest movement took place in the middle of the world’s energy center, amid increasing military tensions, hidden and open warfare in Syria, Yemen, the Persian Gulf, and a while further, the war for the domination of Libya’s oil wealth.

When the riots crossed borders from Iraq to Iran, the possibility arose that in Iran the struggle would once again pass from the streets to the factories. In this way, the working proletarians would take the lead, just as they did at the end of 2018. The workers can bring to the struggle what is currently lacking, an organization. An organization of struggle run by those fighting themselves, by deciding on their struggle in mass meetings in the factory, or on the streets, by electing delegates to committees and a workers’ council, like at the sugar cane factory Haft Tapeh.

END_OF_DOCUMENT_TOKEN_TO_BE_REPLACED

Faced with the escalation of the imperialist tensions over the Persian Gulf area, highlighting the confrontation between the USA, Iran and their respective allies, we adopt a recent update article from the ICT website, followed by a joint declaration by two other proletarian internationalist groups; the ‘Gulf Coast Communist Fraction’ (USA) and ‘Internationalist Voice’.

END_OF_DOCUMENT_TOKEN_TO_BE_REPLACED

An actualization by ‘Nuevo Curso’

From the Strait of Hormuz to the South China Sea, the U.S.A. are escalating tensions in the most important imperialist conflict zones, threatening to transform the trade war into a major military war. In the following we present a brief appreciation of this situation by the Spanish blog of the proletarian internationalist group ‘Emancipacion’.

END_OF_DOCUMENT_TOKEN_TO_BE_REPLACED 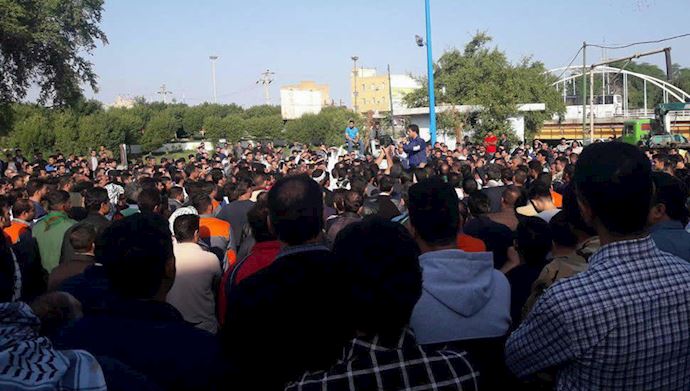 The following extracts from the balance sheet “Lessons from strikes, labour struggles and internationalist tasks” give interesting information on the backgrounds of the Shora (or: councils) that have existed during the workers’ struggles at Haft Tappeh in Iran’s Khuzestan province during last year. The text itself expands more broadly on several proletarian struggles in 2018, concluding each with an evaluation of positive and negative features as lessons for the future. The struggles are analyzed from the theoretical background of the group ‘Internationalist Voice’, who declares itself close to the ICT and the ICC.

END_OF_DOCUMENT_TOKEN_TO_BE_REPLACED

As we understand the general rise in fuel taxes has been withdrawn by the French government and certain categories most in need have been granted a (temporary) financial relieve. Faced with this partial (and possibly temporary) retreat by the French authorities, flanked by measures like attempting to foster a nationwide “social dialogue” while simultaneously trying to turn on the screws of state repression, the “yellow jackets” mobilization in France seems to be in decline.

The following text undertakes an attempt of drawing lessons from this inter-class mobilization in comparison with those that may be drawn from the recent wave of struggles in Iran, which has shown a more clearly pronounced proletarian character, but so far has met relatively few echoes within political milieus claiming adherence to proletarian internationalism.

END_OF_DOCUMENT_TOKEN_TO_BE_REPLACED

‘A Free Retriever’s Digest’ appreciates having a recent blog publication, which evaluates the workers’ struggle in the Near and Middle East (specifically in Iran), adopted in libcom’s news section, with a French translation in addition.

Hopefully, this summary and the balance sheet it introduces (”Iran: What after the repression of the Haft Tapeh workers and the steelworkers in Ahvâz?”) contribute to resuscitate interest in the situation of these recent (waves of) struggles and the questions they pose to the workers’ struggle in this region and internationally.

END_OF_DOCUMENT_TOKEN_TO_BE_REPLACED

The following theses give an introductory summary to the article Iran: What after the repression of the Haft Tapeh workers and the steelworkers in Ahvaz? published in full length on the author’s Libcom blog.

The struggle of Haft Tapeh in Shûsh and of the steelworkers in Ahvâz (Iran) seems to have come to an end. This is a moment to learn the lessons of the five waves of proletarian struggles that shook the Middle East in 2018. In the next wave of struggles the previous steps will be repeated. When their lessons are learned – and integrated with those of the revolutionary wave of 1917-1923; the next steps will be accomplished with a heightened mass consciousness, with an improved mass organization and for higher class goals. The proletarians in the Middle East have not yet become conscious of it, but the struggle to defend their livelihood, turning itself against the imperialist war, is developing towards a revolution compared to which the overthrow of the Shah regime in 1979 was only child’s play.

END_OF_DOCUMENT_TOKEN_TO_BE_REPLACED

» We have been following the rise of the class struggle in Iran since last December. At the end of last year a wave of mass strikes spread, crossing the border of Iraqi Kurdistan, to mobilize the whole of the workers in Iran. (1) The workers took to the streets and, what is most important: they did it under their own leadership, without subordinating themselves to the petty bourgeoisie of the bazaar and the university that rejected the movement. This massive and class character of the movement prevented widespread repression and temporarily halted the course towards aggravation of the war in the Middle East. It so much frightened the ruling classes that, when protest mobilizations began in Jordan, all powers allied to inject billions (2) and stop the movement before it reached a maturity similar to that of Iran. «