Statement and Analysis by the Internationalist Communists Oceania (September 22, 2021)

In the following we adopt the first statement by the ICT’s affiliates in Australia and Oceania on the overturning of imperialist alliances that has recently been manifested by the strategic agreement of the USA, Australia and the UK (dubbed ‘AUKUS’).

This US initiative, coming to the fore only weeks after their rout from Afghanistan, unmistakably steps up war preparations against the Chinese-Russian axis in the Indo-Pacific region (specifically focusing on the Chinese Sea), while keeping out the continental European and Canadian ‘NATO allies’ in the western hemisphere, France in the first place, that saw a substantial military-industrial contract with Australia on the production of submarines go up in smoke.

The exacerbation of inter-imperialist rivalries and conflicts on an ever larger scale puts the question of militarism and war high on the agenda again, and demands a clear and strong response by all groups and individuals defending proletarian internationalism.

END_OF_DOCUMENT_TOKEN_TO_BE_REPLACED

A statement by ‘Il Partito Comunista’ (Florence) / ‘The Communist Party’

This month marks twenty years since the attacks of September 11, 2001. The workers of the United States can expect a flood of patriotic drivel to mark the anniversary. Indeed, September 11 remembrance is a cottage industry in the United States, encompassing everyone from the media personalities who drone on about the tragedy every year to the sensitive entrepreneurs who sell 9/11 mementos to tourists in New York City. One only needs to spend a few minutes at the World Trade Center Memorial in Manhattan to experience this ghoulish, sanctimonious, for-profit remembrance.

This twisted form of national memory obscures the real meaning of the attacks. The events of September 11 were of great world-historical significance. This fact is especially clear on their twentieth anniversary, as the United States’ occupation of Afghanistan crumbles in front of our eyes. The September 11 attacks represented the first obvious crack in United States imperial power after the end of the Cold War. It has continued to disintegrate in the two decades since, and now nears collapse.

END_OF_DOCUMENT_TOKEN_TO_BE_REPLACED

«From: The Accumulation of Capital by Rosa Luxemburg (1913):

“Capital accumulation progresses and expands at the expense of non-capitalist strata and countries, squeezing them out at an ever faster rate. The general tendency and final result of this process is the exclusive world rule of capitalist production. Once this is reached, Marx’s model becomes valid: accumulation, i.e. further expansion of capital, becomes impossible. Capitalism comes to a dead end, it cannot function any more as the vehicle for the unfolding of the productive forces, it reaches its objective economic limit.”

This pamphlet critically investigates how Rosa Luxemburg justifies her theory of the accumulation of capital and whether the events of the last century of capitalist development confirm or deny her theory.»

Read the Author’s Introduction & the Table of Contents Has Capitalism Entered its Decadence since 1914? A Critique of the ICC

Editorial note of September 8:
Because of persistent software problems, the review release of ‘A Free Retriever’s Digest’ for the third quarter, has been cancelled. We hope to be able to resume this edition as soon as possible. For the time being we are restricted to on-line publishing.

Statements and analyses from internationalist sources

The announced withdrawal by the USA and its allies from Afghanistan after 20 years of direct military presence has led to a takeover of the country by the Taliban with unprecedented speed in the last few weeks and days, leading, among others, to dramatic and chaotic scenes of mass flights that are presently reported in the world’s media by the hour. This blog post references and documents (first) statements by internationalist groups and circles on these events and their wider implications and significance. Continue to read an updated list of statements and analyses.

END_OF_DOCUMENT_TOKEN_TO_BE_REPLACED

With the rapid propagation of the so-called “Delta” variant of SARS-CoV2 becoming dominant, the Corona-virus pandemic has entered a new phase. First discovered in India, it is reported to be more infectious notably than the “Alpha” variant that spread from the South of England at the end of 2020. Faced with this turn in the pandemic, among concerns about the effectiveness of the vaccinations already administered, and confronted with staggering of the respective vaccination campaigns, several governments in the Western hemisphere have been caught in the middle, and were forced to recede from all too “optimistically” lifting their restrictive measures, notably concerning their night-life, tourism and festival sectors during the summer holiday season. Very rapidly, a widespread tendency showed up to intensify state control of social life (e.g. through the application of the “Corona-passport”) and to forcefully lift vaccination degrees by mandatory vaccination for specific professional categories (notably in health care and hospitals, like in France), or even for whole sectors (like in the USA). In Germany, a.o., the government saw itself forced to hastily reintroduce stricter border controls, notably for those returning from holiday travels abroad in “high risk areas”.

The recent measures by the respective governments have led to a resurgence of “Corona-protests” in these countries, habitually mobilizing a very heterogeneous spectrum of discontent, without any proletarian class character or perspective, but with a marked presence of all kinds of openly right-wing extremist groups, manifesting their anti-social character with increasing aggressiveness. The influence of this amalgam with certain proletarian milieus and political tendencies has incited an internationalist group like the Circulo Internazionalista “coalizione operaia” in Italy to take position, as can be read hereafter in translation.

END_OF_DOCUMENT_TOKEN_TO_BE_REPLACED

After the fiasco of the recent presidential elections in Iran (less than 50% of the voters participated), a massive strike wave initiated by ‘contract’ workers in the oil and petrochemical industries has extended throughout the country, persistently resisting the maneuverings and repression of the ‘Islamic Republic’ and resuscitating a widespread solidarity in society.

In the following we document its repercussions in the political milieus laying claim to proletarian internationalism:

Last but not least, we invite our readers to explore the publications we have had occasion to relate on this blog on the situation in the Near and Middle East, and specifically regarding Iran. For our following of proletarian struggles we recommend in particular:

Theses on the 2018 proletarian struggles in the Near and Middle East and their prospects (An article summary, Fredo Corvo, January 2019)

Iran: A New Wave of Strikes and Workers’ Protests and the Need for Workers’ Solidarity (A Communiqué by ‘Internationalist Voice’, August 2020)

An Articles Selection from G.I.C. – Authors,

From the back-cover: « Most Marxists do not like Marx. At least, they don’t like the economic principles of the communist society that Marx derived from his critique of capitalism. But most Marxists do not criticize Marx in this respect either, they prefer to interpret him.

“Fundamental Principles of Communist Production and Distribution”, the now legendary 1930 pamphlet of the Group of International Communists, was both a detailed exposition of the communist mode of production that Marx and Engels had only sketched out and a fundamental critique of the revisionism of the political parties that invoked Marx.

The book at hand contains a selection of articles published by the members of the Group of International Communists in various periodicals between 1926 and 1938, whose critique has lost none of its relevance to this day. » 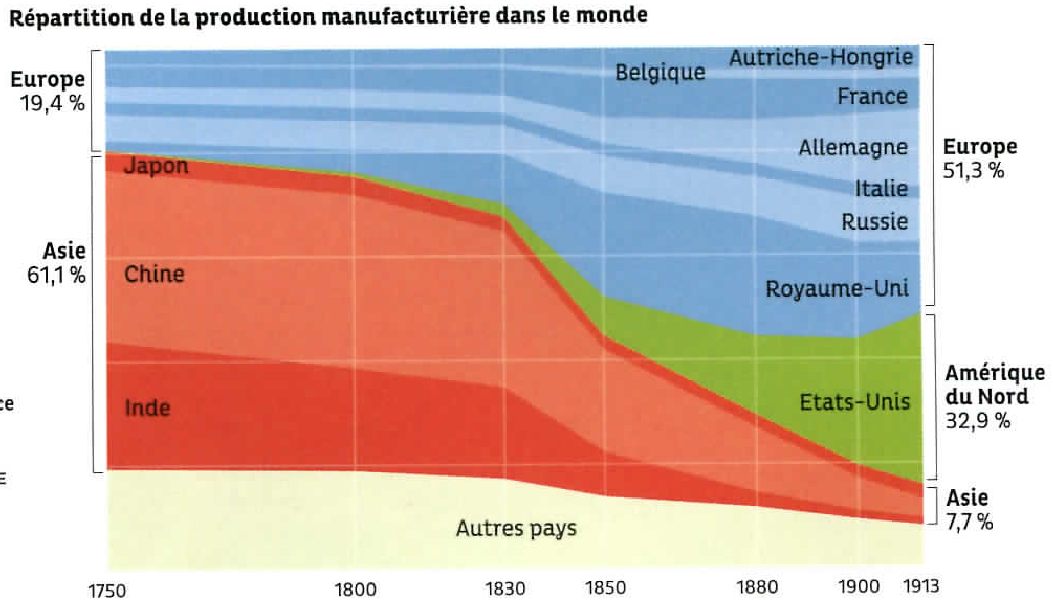 The Falsehoods of the International Communist Current (ICC) — A critique

Chapter 3: The national question before and after 1914

The data come from: Paul Bairoch, ‘International industrialization levels from 1750 to 1980’ ,

A further Statement by Circolo Internazionalista (May 24, 2021)

«It is still too early to draw up an exhaustive balance sheet of recent events in Palestine, however, it is already possible to sketch an outline.

Since the U.S. of the Trump administration recognized the Israeli claim to Jerusalem as the capital of the Jewish state three years ago, the maneuvers and prodigious actions of the Israeli bourgeoisie to annex East Jerusalem have had a marked increase: new and massive settlements of Israeli settlers around areas inhabited by Palestinians; daily provocations, insults, assaults by far-right groups claiming to want to “purify” East Jerusalem of “Arabs” and their mosques, including Al-Aqsa; deliberations by Israeli courts rediscovering Jewish “property rights” on land on which 27 Palestinian families have been settled for more than 60 years and ruling on their eviction; and, most recently, the provocative closure by Israeli police of access to Muslim prayer sites during Ramadan. It is very probable that with the intensification of these bullying actions, which could not fail to trigger a reaction from the Palestinians, the government of Benjamin Netanyahu wanted to divert public opinion and the “opposition” parties in Israel from their difficulties, recomposing them under the sacred union for the defense against the historic “external enemy”. In this, Netanyahu’s game was completely successful. All he had to do was wait.» END_OF_DOCUMENT_TOKEN_TO_BE_REPLACED